Today three Bromptons went out for a hillclimb ride to reach the Shibu Touge where was the highest point of all the roads in Japan. 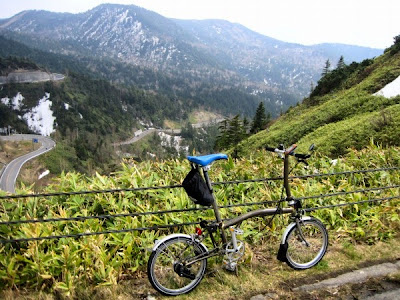 An hour and half after starting a ride, we were already beyond 2000 meter high. 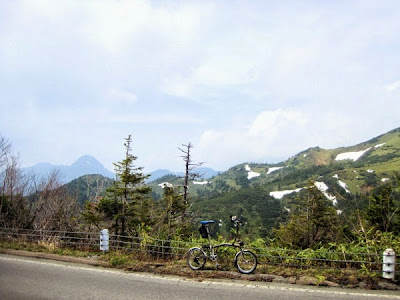 In the back we can see a long and winding road extended from the foot to the peak of the mountain. My friend has caught up with me. 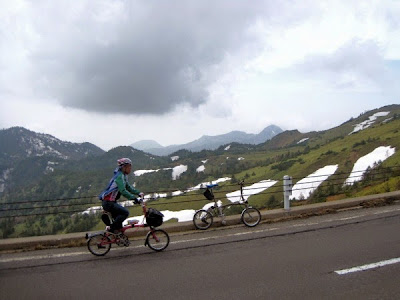 In this high mountain a thick pile of snow was still seen even during mid May. 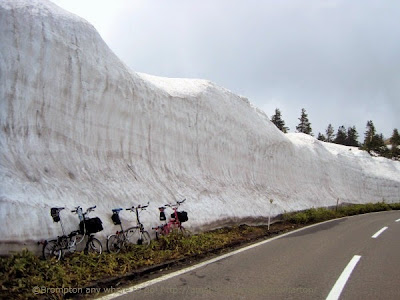 The three Bromptons were posing in front of a glacier-like snow layer. 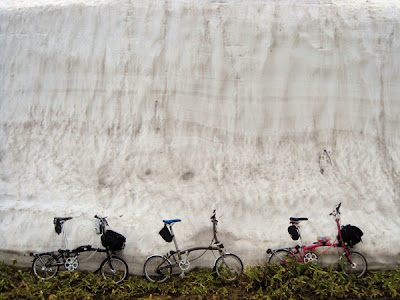 The steep slope still continued to the peak. 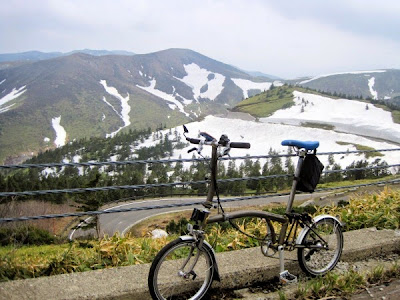 But, see, what a stunning view it is! 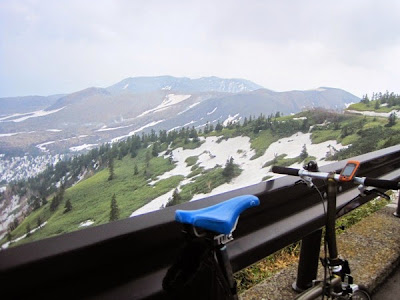 We finally reached the peak of Route 292, the highest point in Japan as a part of all the national roads. 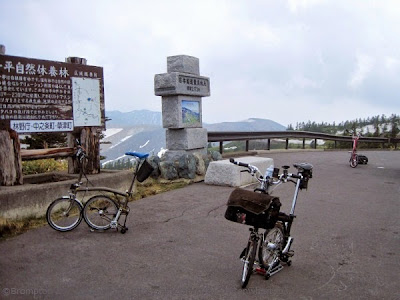 Then we went on another 200 meters to get to the Shibu Touge located at a border of Nagano and Gunma Prefecture. Many skiers enjoyed a plenty of snow here. 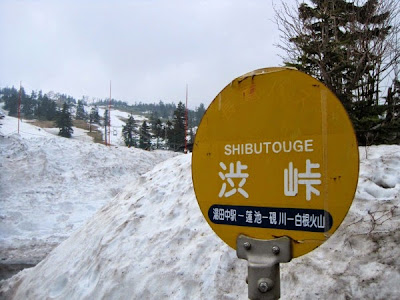 I was hungry after a tough ride. Let's have a late lunch at the Shibu Touge Hotel. 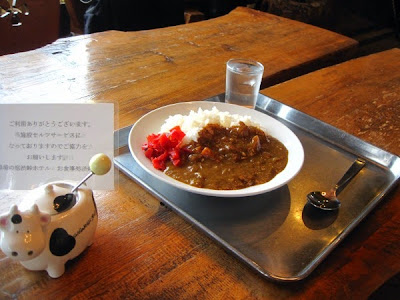