Brompton and I went to the Red Hill Rail Trail.

The Red Hill Rail Trail is only 6.5 km trail in Mornington Peninsula. It runs from Merricks toward Red Hill South where famous restaurants and wineries concentrate.

The line to Red Hill was opened in 1921 as a 16 km branch line from Bittern on the Stony Point line. In those days it primarily carried fruit such as apples, pears and strawberries to be sold in Melbourne. However, the line was unsuccessful in terms of business. As roads in the Peninsula were quickly improved, passenger traffic had slowed and the regular train service reverted to a weekly mixed goods train by 1929. The line was closed in 1953 after only 32 years of operation. The track was dismantled by 1955.

After decades, the section only between former Merricks Station and Red Hill Station was revived as a rail trail. The rest of the former railway land between Bittern and Merricks is now in private ownership but may be restored to public access some day. 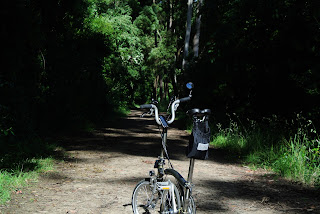 The Red Hill Rail Trail starts at the backyard of Stonier Wines in Merricks. 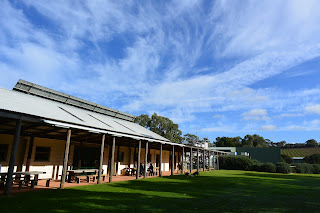 Brompton goes along vineyards and pastureland toward Red Hill. 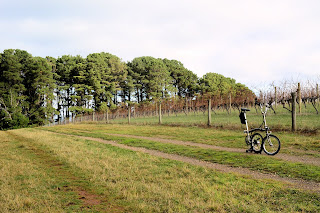 On Sunday there are a lot of people, bikes, and dogs on the trail. 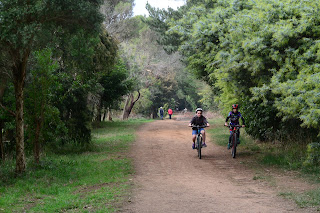 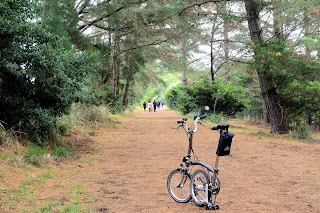 The trail is also an equestrian trail. Popular among horse riders. 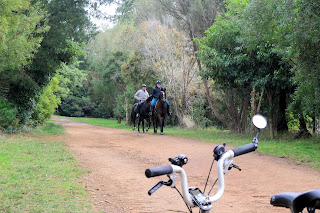 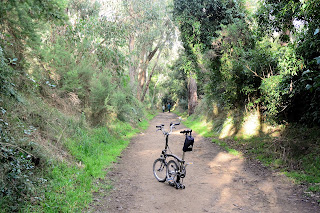 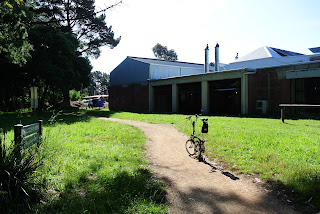 It is a good idea to have a break here. 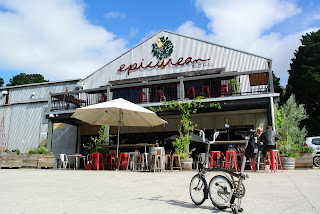