Brompton and I went to Karuizawa because Mizutani, a sole importer and sales agent of Brompton in Japan, opened a summer-only shop in the center street of Karuizawa.

Karuizawa is a picturesque resort town situated at the elevation of 1000 meters in the foot of Mt Asama, one of the most active volcanoes in Japan. Due to its elevation, it is very comfortable for people to spend summer holodays.

After loitering along the main street of old Karuizawa town, I dropped by the shop. Drinking iced coffee, I chatted with an attendant a lot about Brompton. 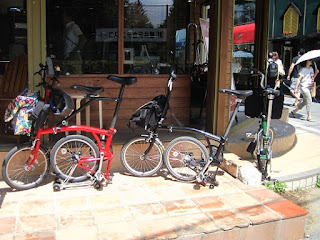 During summer holidays, there were a lot of people on vacation in Karuizawa. 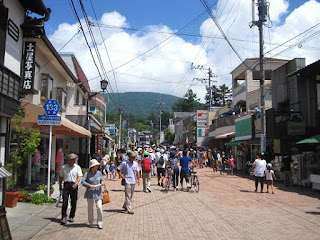 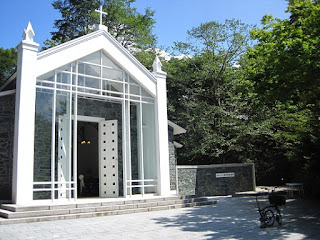 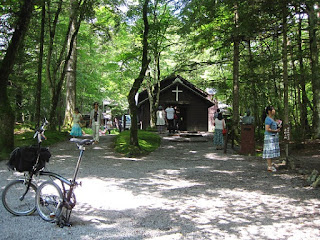 The original one was build by Alexander Croft Shaw, a Canadian rector, in 1895 as a first church in Karuizawa. In Meiji era, Japanese Government then invited a lot of foreign people with knowledges and skills to Japan. The climate in Toyo was intolerable for many of those who came from North America and Europe. Alexander Shaw and James Dickson, an English teacher of the University of Tokyo escaped Tokyo to seek cooler weather during summer and finally reached here. They told their friends about Karuizawa's ideal climate during summer and as a result westerners and rich Japanese built their summer houses here in Karuizawa.

Mikasa Hotel, one of the oldest western style hotels in Japan. 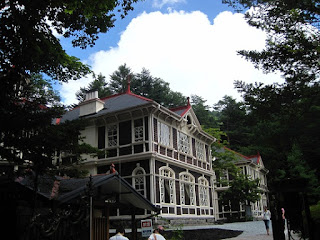 My favorite path to Manpei. 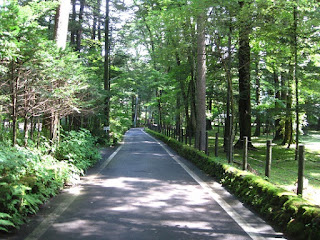 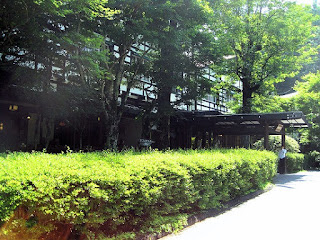 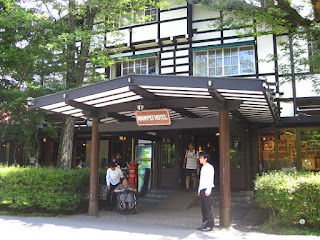 There are restaurants where I used to have lunch and dinner with friends of mine then from my mid-twenties and thirties. I recalled a lot of things with them. 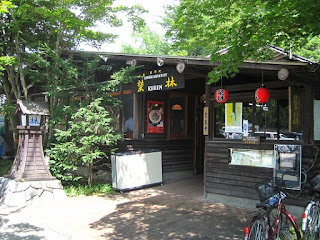 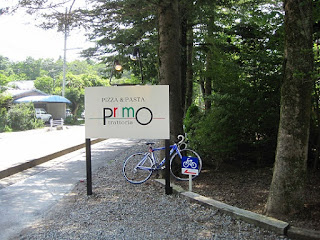